skip to main | skip to sidebar

Artist Joe Garcia stopped by the gallery last week with some new work, so I thought I would give you a sneak peek. In the past the gallery only carried Joe's wildlife watercolors but over the past year we have started carrying his oils of wildlife and now with the addition of these new pieces we have some very nice landscape paintings from the Sedona, AZ area. This first piece is titled "Boynton Canyon". The next one is taken in the same general area and it is titled "Canyon Shadows". There are several things nice about these pieces but my two favorites are Joe's color palette and composition. 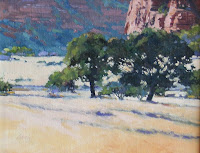 Another favorite of ours is Joe's sketches of wildlife. In the past we have had sketches of a Bobcat, Buffalo, and Roadrunner. Joe has now given us a Grizzly and House Wren, as seen here. 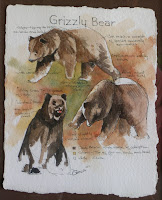 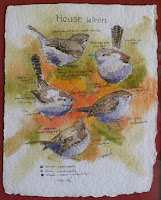 So what ever your taste are, won't you stop in and have a peek at Joe Garcia's creations!

Posted by The Windrush Gallery at 3:05 PM No comments:

Since the Windrush Gallery is becoming know for it's family of artist that work "Plein Air", I thought it would be helpful to provide a little info on the subject. So here we go......

From Wikipedia we learn: En plein air is a French expression which means "in the open air", and is particularly used to describe the act of painting outdoors.
Even though artists have long painted outdoors, in the mid-19th century working in natural light became particularly important to the Barbizon school and Impressionism. The popularity of painting en plein air increased in the 1870s with the introduction of paints in tubes (resembling modern toothpaste tubes). Previously, each painter made their own paints by grinding and mixing dry pigment powders with linseed oil. The Newlyn School in England is considered another major proponent of the technique in the latter 19th century.
It was during this period that the "Box Easel"
, typically known as the French Box Easel, was invented. It is uncertain who developed it first, but these highly portable easels, with telescopic legs and built-in paint box and palette, made treks into the forest and up the hillsides less onerous. Still made today, they remain a popular choice even for home use since they fold up to the size of a brief case and thus are easy to store.

French Impressionist painters such as Claude Monet, Camille Pissarro, and Pierre-Auguste Renoir advocated en plein air painting, and much of their work was done outdoors, in the diffuse light provided by a large white umbrella. In the second half of the nineteenth century and beginning of the twentieth century in Russia, painters such as Vasily Polenov, Isaac Lavitan, Valentin Sero, Konstantin Korovin and I.E. Grabar were known for painting en plein air. American Impressionists, too, such as those of the Old Lyme school, were avid painters en plein air. American Impressionist painters noted for this style during this era included, Guy Rose, Robert William Wood, Mary Denil Morgan, John Gamble, and Arthur Hill Gilbert. The Canadian Group of Seven and Tom Thomson are examples of plein air advocates. 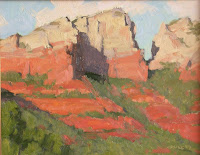 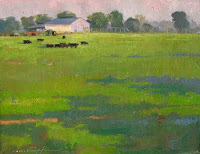 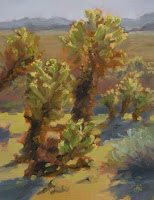 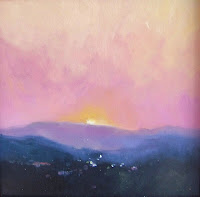 Posted by The Windrush Gallery at 1:30 PM No comments:

Here we are in the Garland Building 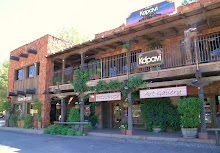 A quaint little stone and wood building with an inviting feel! 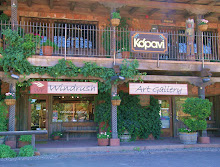 Come on in! You're in for an experience!